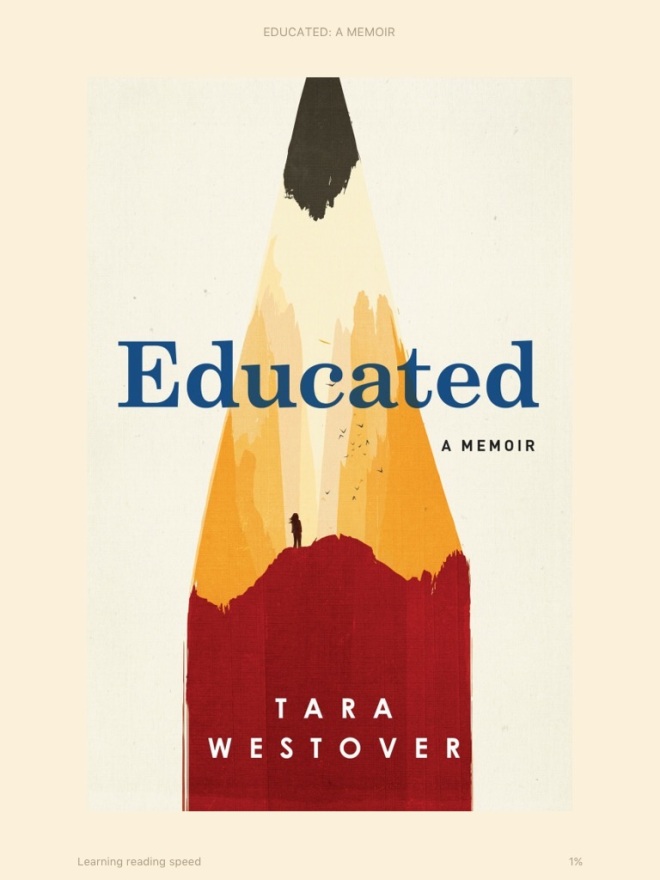 Tara Westover’s memoir, Educated, struck me as an unusual read because it touched my heart. It had to do with people, their reactions and their ability to override adversities and find their way in a world very different from the one they were born to. Philanthropist and tech giant Bill Gates summed up the most important thing in the book in his review in Goodreads. “Her dad taught the kids that they could teach themselves anything, and Tara’s success is a testament to that.”

Born into a conservative Mormon home that rejected even basic civic services like education and medicine from the state, Tara and her six siblings received almost no schooling except how to fend for themselves and survive in a difficult and hostile environment. Three of the seven children, including Tara, despite not even having regular home schooling, went on to earn PHDs. The urge to learn came from within. The only schooling they had was from the lessons taught by life.

Transcending the limits and boundaries laid out for her by her parents, rebelling against odds, trying to dance in a sweatshirt instead of a tutu, attempting to conform to be like her peers who attended school and went for movies, Tara earns the sympathy of the reader as she finds it natural to love and battle for acceptance from all the members of her unusual family, a family that could have been termed abusive in their use of children in the current day context. The children were made a part of her dad’s “crew” and would labor under unsafe conditions, so much so that her brothers and father ended up with permanent scarring through life and her mother ‘changed’ after her head injury went untreated in a car accident. Her mother was a healer. The whole family turned to herbs and energy healing for medical needs and avoided hospitals and conventional health care. The father would hoard food for the advent of a hypothetical apocalypse when all the modern systems would collapse. While Tara studied in university, she discovered her father could be having psychiatric problems. Yet her love, tolerance and kindness towards him, though he refused treatment, remains unparalleled. That she could find love and learn from every adverse situation she faced with the family is fantastic and admirable.

It is difficult to sum up a memoir that journeys into a world that is so unusual, one whose parallels for me lie in the fifteenth or sixteenth century witch hunts described by Nathaniel Hawthorne in The Scarlet Letter and by Arthur Miller in his play, Crucible. To find strength and emerge unscarred from a world that is dark with misconception and yet a critique on what our current beliefs and way of life are, is an amazing feat that has been successfully performed by Tara Westover. It is an education to learn that such an island of belief systems still exist in the heart of America, a set of thoughts and lifestyle which are perhaps as unique as that of indigenous tribes that stay removed from modern life. That basic humanitarian needs are often flouted by such a group within a leading philanthropic, charitable country is amazing.

The transition from her family’s world, the movement away from staunch Mormonism to being a liberal educated thinking person is stretched over a long journey into which Tara Westover is pushed by her siblings, and perhaps, her mother too. Finally she emerges into an independent entity, a scholar from Cambridge. She describes this process as “selfhood”. The last lines best describe what she feels she has become.

“You could call this selfhood many things. Transformation. Metamorphosis. Falsity. Betrayal.

I call it an education.”

To talk of stylistic perfection and literary devices in a book of this stature would seem superfluous. All one can say is that the book is so perfectly conceived and written that it is an unstoppable read, one that cannot be put down till the last page is reached. It has won the Goodreads Choice award for Memoirs and Autobiography. It has been a finalist for a number of awards and The New York Times listed Educated as one of the top ten books of 2018.

What I see myself take away from this classic is a lesson in tolerance, innocence, humility, kindness and love, the values that create a human being; an education in human excellence and what wonders unstructured learning can do for people, despite the risks the Westover family children faced on a daily basis.

This is one of the most impactful and wonderful books I have ever read.