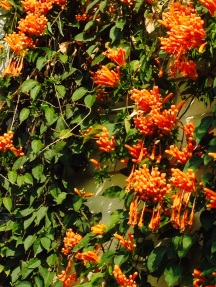 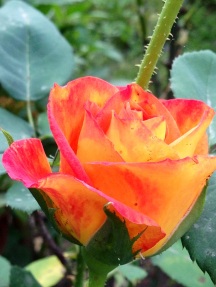 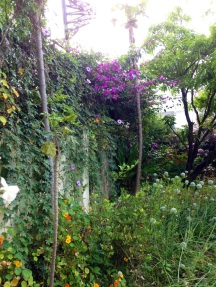 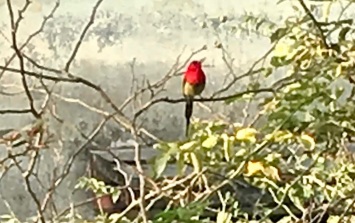 A part of my life over.

No more a daughter

No more a home

Where I have memories stored —

Of an old cane chair

A cat that suns itself

And sits on the rooftop of the car

Held up by aged yellow walls

Of my mother’s roses,

Vying in colours and shades

Of a plum blossom smiling

At honeybirds drinking from its depths

Read the rest in Daily Star by clicking here 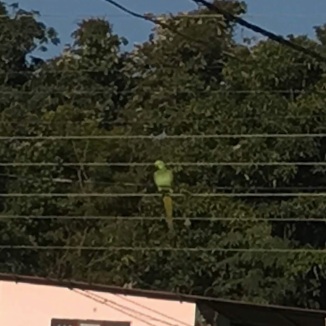 I would like to remember my father as a happy man, playing his mouth organ, sitting in the garden in Dehradun and savoring the snows ranges of the Himalayas that surround the Doon valley and the dream home he made for his retirement; the warmth of the winter sun would fill us to the brim as honey birds hopped and chirped among the lush flower beds and fruit trees…I would like to hear him call out to me in his warm cheerful voice so full of love, tenderness and kindness. I would like to think of him as a vibrant, content, kind human being who has lived his life to the full…

As I got off the plane in Delhi, I got a phone call urging me to ask the hospital to take my father off his life support. But I wanted my father to live. I did not want him dead. I wanted him to have every chance to come back to normal. I wanted him to call out to me, to touch me, to argue and fight with me, to scold me… I did not want to face the new reality that stared me in the face…

We halted to dump our luggage in my aunt’s house, use the washroom, have a cup of tea and rush to the ICCU (Intensive Cardiac Care Unit) where my father lay unconscious. My father was lying in a huge ward, plugged to all kinds of gadgets his enclosure curtained off like the dozens of others. This was not the dad I knew…his hands cold from having been in induced coma on a slab of ice. He was moved to a normal bed a few hours before we reached. I kissed his hand as it was the only visible part and his face was too far. The hand had blue dots and it was as cold as ice. My father breathed deeply, a troubled breath on the ventilator. A big ventilator pipe was thrust into his mouth. He occasionally bit the ventilator.

“We had to tie his hands as they tried to pull out the ventilator,” said the attendant nurse helpfully.

“Does that mean he is coming back to consciousness?” I asked against all odds.

I sat and prayed in the armchair near the bed. I thought he would come back. Now that I had reached his bedside, his only daughter, he would come to. I felt sad leaving him. Where was his mind? Where were his thoughts, his conscious will? Was it back in the garden soaring with the birds in the skies? Were they flitting into a new reality filled with light and sunshine? Or was it travelling a path of suffering and pain because he was in a place that he never wanted to be? Please help him get well, O God, I prayed.

My father, a man of compassion and kindness, one who had strong beliefs, a brilliant doctor who tried to demystify the medical profession and find ways of taking healthcare to less privileged masses in India, one who had been very against corporate hospitals which imported high cost medical technology into India to serve anyone who could pay, was now lying in an unconscious state in one such moneyed concern.

“ What will happen if he suddenly wakes up?” I had asked a doctor from his hospital. I asked the same question to the doctor in charge of the ICCU, the counseling doctor.

“ We would love to see that happen. I am waiting for him to wake up and argue with me, to fight with me,” said the counseling doctor.

We waited, leaving my father alone in that impersonal, cold ward where he was just another body to be kept alive.

I had thrown a few warm wears into my suitcase and flown into Delhi from Singapore within a day in the hope of reviving my father and having him back in his hospital, in a way my sibling, because this was a man who loved his ideology and work almost as much as he loved his own daughter. He had left his work and retired to Dehradun more than a decade ago because he believed the time had come for new blood to take over, for them to develop the same values and principles he had, for them to be fully convinced that all humans, rich or poor, deserve the right to medical care. I felt moving him out of his own hospital had been against his ideology, against his wishes. Was it right for a person to choose to what extent he wanted medical support to contain him in this life?

My father had looked for mokshya, a Hindu concept of freedom from birth. He wanted to go into samadhi, a state where a meditating mind is supposed to ascend to unite with the source of all creation or God. Had his mind gone into such a state? Was he talking to God?

I could never understand why people look for this state because life in itself is so beautiful and there is so much to do in this wonderful world. But that he could not achieve this state had been his pet peeve as he waited to die in Dehradun. He said his body hurt. He had a huge fibroid in his spine, his ankles were swollen, his foot was misshapen and my mother died. The last probably made his heart ache more as my parents had an idyllic retirement till she died.

I could never comprehend his move in his last years to a place where he knew very few in quest of God. I also could not understand why he forced retirement on himself till he died.

Yes. He died. With the finality of death, his life ended.

We had managed to move him back to his own hospital while he was still alive. Within a few hours, he passed on.

As I sit by my window and write, looking at the ripples in the river that flows by, I realize why life saddened my father.

He hated the growing divides that are ripping the fabric of healthcare, economy and religion in India. He was saddened by the media projection of the violence all over the world. The media rarely dwells on positive news in India. He was unhappy with how people focus only on their personal needs and development and not on the needs of mankind. He was frustrated that majority did not understand the need for human excellence, where man would through unstructured learning, find the best in himself to serve humanity. Human excellence, for him, combined spirituality, happiness, ancient learning, with unstructured and structured learning to create a concept of holistic compassionate health care affordable to masses. He wanted to write a book and create a center for human excellence, again in his dreamland of Dehradun.

But his declining health got in the way of what he wanted to do.

In his death, my father has convinced me that as his daughter I must continue to believe in human excellence and strive towards it in my own field…to show compassion to the aged and less privileged, to lead a life where I can share every word with the whole world.

And somewhere, in the distance, I still feel that enigmatic smile and twinkling eyes fill my heart with happiness to soar with the birds and fly into my own distant realms of imagination…