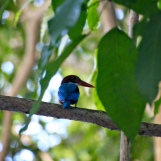 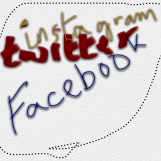 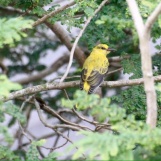 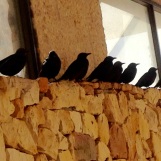 Earlier, when one spoke of tweets, one thought of colorful little birds frolicking on trees, gardens, flowers and nature. One visualized flowing rivers and meadows and picnics and walks…

Now when one talks of tweets, one thinks of Donald Trump, blue eye shadow and “ A Merry Christmas but a Happy New Year”. Social media has reduced the twittering of birds to twittering of words across electronic devices to connect or disconnect minds, great or small across the oceans and into the jungle of cities, wherever Internet has cast its intricate web.

I have never taken to tweeting because, one, I am not a bird and with my enormous weight cannot be mistaken for one. Also, I have a passion for words… many words not a few. I believe tweet was earlier limited to 140 characters. Last year, it was doubled to 280! Such succinct conversations leave the wordy speechless!

Talking of speechlessness, Instagram has altogether done away with words… unless it is the speech in videos. It was started to share photographs by what I have understood less than a decade ago. Last year, it stretched its limits to a ten-minute video. Again despite appreciating good photography, I have not had the pleasure of experimenting with this mode of social media. Many, I believe, cannot live without these… I still breath, eat and live happily.

And then there is of course the grandparent of all social media, Mark Zuckerburg’s baby, Facebook, which started in 2004 as a way to connect Harvard students. Fourteen years down the line, as of January 2018, it had 2.2 billion active users! The world population is 7.5 billion, of these some may not be able to read and some may have eluded the web woven by social media altogether as they might be living in areas beyond the reaches of internet transmission and hence have become non users of social media. Of course, there are certain adamant non-users who refuse to use social media despite having access to the internet. Some of my closest friends belong to this category, I discovered.

However, I joined the cadres of Facebook users to keep in touch with old schoolmates. That happened and more. Facebook keeps updating itself! There are some updates, which came as unwelcome surprises. One day, as one scrolled through the Facebook on ones mobiles, videos sprung to life. Imagine, how embarrassing it would have been if in the middle of a speech to keep oneself awake, one scrolled on the Facebook and it voiced out a puppy barking or a person singing or an advertisement for slimming pills or green coffee! People would turn around and stare. Of course one could have the alternative of turning your phone to silent and reducing the voice level to zero… but these are things that one thinks of in afterthought. Now, I know you can change settings so that the video does not start singing in the middle of a speech.

Then, there are those who regard the Facebook as a substitute for newspapers of the juicier kind… sometimes a new thing called ‘ fake news’ (a triumphing Trumpian term popularized by the current media) finds it’s way to the heart of Zuckerberg’s baby. Sometimes, people post content that one would rather not see… political rallies, violence, pictures of diseases, partisan information, hate videos… one can report them but why would you want to see them in the first place? A disconnect from negativity does help one’s peace of mind. Why would people share pictures of a diseased body or a malnourished child or a dog crushed by a car or a prejudiced, partisan banner or poster or video?

To maintain my peace of mind, I prefer taking a walk, reading, talking, playing a game of Sudoku or Scrabble now to surfing the Facebook. I have become vary of posts that create a sense of disharmony.

Then there are posts by women whose posed pictures on Facebook could put Elizabeth Taylor or Meena Kumari, two most beautiful actresses, to shame. That makes me wonder… how beautiful are we on the outside and inside? Is it enough to look beautiful in a picture? Some Facebook users have taken to sharing their children’s outstanding results in exams… perhaps for blessings from their friends but what about those whose kids or who themselves have not aced in exams? Perhaps, the FB posts by now would have desensitized them and helped them reconcile to a more philosophical approach.

Of late, Facebook seems to be evolving a life of it’s own! Not only has it opted to choose to turn on videos if you do not change your settings or suggest posts and FB friendship birthday videos (a concept that did not exist back in the good old Facebookless days), it also has taken to deciding firmly what photographs it will publish with your post. A blog with pictures linked to FB does not have the option of choosing which visual can go with the post. Facebook with it’s own mind decides on the picture. Even if the blogger wants to highlight another visual, Facebook in it’s unique style, decides what is good for the blog! This does sometimes cause distress among bloggers… but they are fewer in number than the majority and therefore not important.

While social media has taken over socializing across a coffee table, people in a metro, a party or a bus no longer chat. They sit with eyes glued to their devices, chatting only on social media or scrolling the Facebook and distributing their emotions online with emojis( which some fear will affect the use of language), likes, loves and hates!

Are we moving towards an impending reality of isolated existence? Will Asimov’s Solaris become a reality where there is no human interaction but only interaction through screens under robotic supervision and tweeting in dictionaries will first highlight social media and somewhere down the line, an archaic usage for bird calls…?