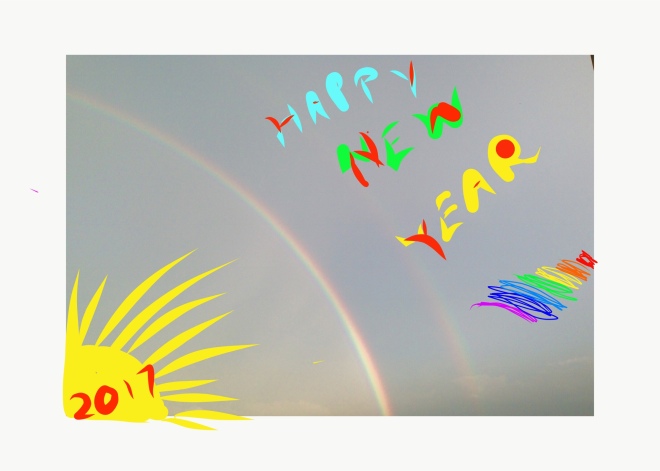 As 2016 draws to a close, I am filled with a hope that we have reached the end of a dark phase in the history of mankind and now things can only get better! This year has been a year of refugees displaced, of people unwilling to share their countries, of terror triumphing, of partisan deals made by world leaders, of de-globalization and the trumping of Trump. On the brighter horizon, were the demonetization of currencies by India and Venezuela…perhaps the start of a rainbow after stormy skies…

2016 had exciting books and movies…JK Rowling’s two stories around the Harry Potter series, though not her best, rang a note of hope in the heart as I always feel uplifted seeing how against all odds a child makes it in the world and how there are always benevolent and tolerant people who make sure that good triumphs over evil. One had to read the book to enjoy the movie, Fantastic Beasts and Where to Find Them.

Star Wars returned with a not so star studded cast. It was disappointing to see Han Solo (Harrison Ford) killed by his own not so powerful but villainous son and there was too less of Luke Skywalker and Princess Leia. That Princess Leia, if at all she features in the next Star Wars, will have to be played by someone else is tragic! The second Star wars, Rogue One, was too violent with everyone annihilated at the end…I would like to see a Star Wars filled with hope and Jedis again.

On a personal note, 2016 has been a most exciting time for me. I turned fifty… completed half a century of earthly existence! This has also been the first year where I was acknowledged as a poet in a gathering of intellectuals…though in my estimation, I continue a mommy and wife who writes for fun…

I am left dreaming that with my writing I will, at some point, bring happiness and hope in the hearts of readers. Maybe, people will learn to think of themselves as part of mankind, part of this universe, part of a galaxy, a speck in the universe … perhaps they will find a new dawn on January 1 st, a magical dawn where a rainbow will encompass the whole world and bring hope and colors.

Wish you all wonderful dreams in the New Year!

(In reverie, An anthology, poetry by ten contributors, 2016)

Each morning, I am drawn
To the dawning of a new dawn.
Songs of hope and happiness ring
And each ray a line of joy sings.

Each new year, I watch for the morning star,
And wish on it for a wonderful, fresh start.
Lyrics of harmony on each lip,
Dreams of peace and plenty give.

This is my fervent hope.
Every heart find a home.
Every child find enough food
And a wonderful world that schools
To realise their dreams,
Creating vibrant streams
Of thought that freely flows
Towards enlightening souls…
Beyond borders and lines,
Bonds drawn by mankind.

To welcome the new, let us all rise
And with these dreams take flight…