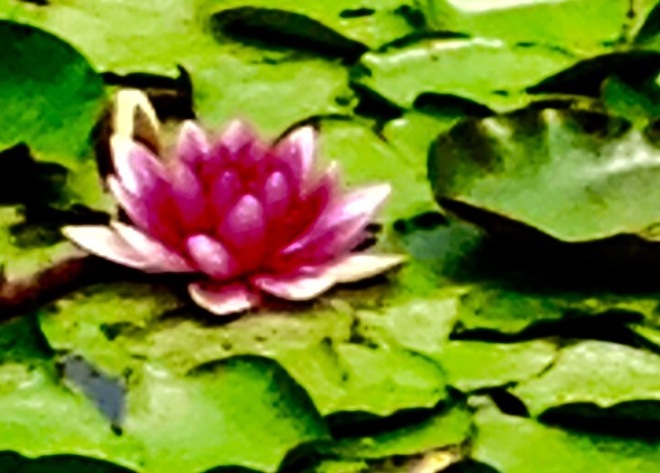 And then came a breeze laden with the moisture of verses that garlanded her very soul. Her being danced to the rhythm of the trees that swayed, to the waves that swished, to the bees that buzzed and to the colourful wings of the butterfly that flit silently past her. She had the magic to weave silence into her words…an amazing gift as words normally destroy quietness.

She spun a world of magic around herself with her simplicity and imagination. She lived dreaming of rainbows and unicorns till a strange steed flew to her from the skies and turned into a young traveller from a distant land where wild blew the golden sands. He had travelled through desserts and snows in search of his soul mate and at long last the lilting songs of the girl had touched his soul and he became again a man from a stallion. He had a story to tell too….

As he travelled through the Arabian sands, he was followed by a beautiful creature, winsome, doe-eyed with pale skin and jet-black hair. She had a perfect figure and a sinuous walk. She followed the young traveller from one caravanserai to another till he, who was still untouched by the wiles of the young damsel, noticed her. When she threw herself on him and declared her undying love, he turned his face away from her. For, in his soul, he did not love her. There was something in her kohl-blackened eyes that seemed to rankle in his pure heart. And he was right, for the beautiful, sensuous creature was a wicked Jinn who had escaped the confines of her bottle when a drunk looking for free wine in a caravanserai uncorked the ancient jar that had been her home for a thousand years. She had been tricked into the bottle by a clever magician when mankind believed in magic and magicians roamed the world. The first man the wily Jinn saw was our young traveller. He was so young, pure and handsome that she fell in love with him and started following him.

She was infuriated with the young traveller for turning her down. She turned him into a winged stallion who was forced to fly till the strains of his soul mate’s melody bought him back to his original form and life…

He had flown for a decade in the clouds, living on dewdrops and rainbows, till he suddenly heard the melody riding on the waves and touching his heart and soul. A strong draft of breeze came and carried him down to the young, innocent girl in love. Her song and innocence reached out to the purer and rare air where magic had led the winged stallion. This time the magic that had been woven by her song was stronger than the magic that imprisoned the traveller in the body of a stallion. As his hooves touched the ground, the winged stallion transformed back to his original self.

The maiden saw the young man and fell in love with him too. The two of them twirled and danced amidst the trees, sipping nectar of flowers, eating fruit and drinking from young springs.

Then came the mists of the night. They whispered through the forest as the young couple slept on the soft grass. The mists of the night were minions of the doe-eyed Jinn. She had cast a spell on them. They spied the young couple and saw that the stallion had turned back to the young man. They whispered the story to the Jinn when they visited the desert sands. The Jinn was furious. She turned herself into a crane and flew to the tropical paradise where dwelt her heart throb. She did not want anyone to have what she aspired and could not get.

She descended to a branch of an Angsana tree.

“Look, a crane!”cried the young girl in surprise. “How beautiful it is! Pure and black. I have never seen anything like it!”

The young traveller started. He had seen the worst of black magic in his travels and he wondered if it could be…the Jinn. As he thought, she transformed herself back into a beautiful woman with cloudy, wavy jet-black hair, red lips, a pale skin. The boy recognized the Jinn as she shouted, “What I cannot possess, neither can she. I will destroy her and you if you do not come away with me.”

The young man, with a downcast face walked over to the Jinn, to save his loved one. The loved one looked on startled and said, “Where do you go?” As she spoke, the Jinn cursed her to turn to ashes and dust and dissolve  into the marshes near the river. The spell flew out of her mouth and where the young girl fell sprouted a beautiful flower, so clean and pure that none of the mud or slush from the marsh could stick to it. The boy, astounded and stunned, fell to his death as he ran to catch his beloved. He fell right where the flower was sprouting and he turned into it’s leaves, which remained as unsullied in the marshes as the flower. As for the Jinn, she was so angry that she dissolved into ashes and mud and the marsh swallowed her up.

The daytime breeze that watched the whole drama carried the story to the village of the fisher folk. The fisher folk came to see the new flower and named it after the girl who fell in love, Lotus.

People from far and wide came to see the flower and said, “How beautiful is the Lotus with her unsullied purity and lush, clean leaves!”